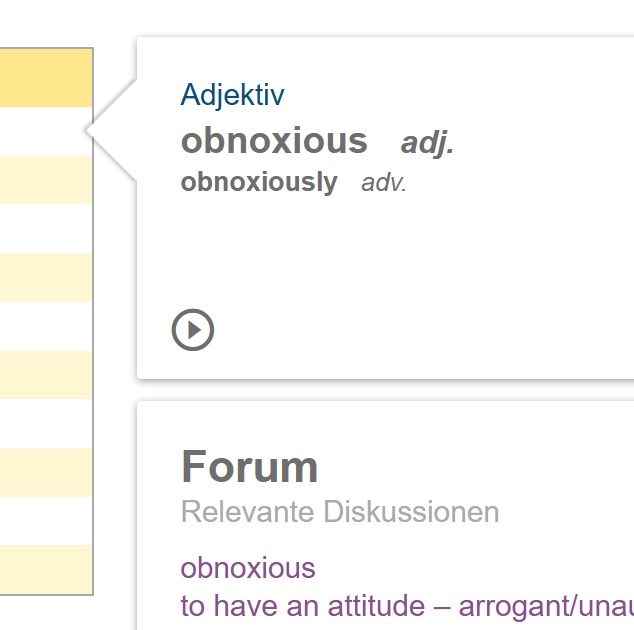 Wow, sometimes I make mistakes that make my face burn when I realize what exactly I have done. This last one I made last Friday, and several friends had witnessed it.

Dear guys, I apologies for my ignorance in using the word "obnoxious" even in that context!

I might have managed to partially explain the use of it for imagining the most negative thing one can gossip about (a game prompt). But only now, when I found the time to research how I could possibly had misunderstood the word for so long, have I discovered, that not only that this word has no playful appeal of any kind, but it almost never means anything close to the meaning I put in it: daringly overcritical or arrogantly discerning. I completely missed the elements of meaning like disgusting, loathsome, nasty, foul, or repulsive!

The only thing that relieves my pain now is that the only person with whom I used this word before and only jokefully has already forgiven me, laughingly.

Alright, here what I have found in four languages in question:

By the way, making these searches, I leaned how obnoxiously rude Russians are in general, and how there is no place for obnoxiousness in Ukrainian girls' upbringing :) [It is a sarcastic smile].

Speaking of Ukraine, today I was double-humbled by my idiotic mistakes.

PS: I am not alone in using "obnoxious" this way! These Canadian guys I like to listen, Aba and Preach, used it here in a similar way, describing the attitude of a BBS HardTalk interviewer with the awesome Trevor Noah (Preach said it at minute 14:58, the video should start there):

No thoughts on “My Obnoxious Mistake”