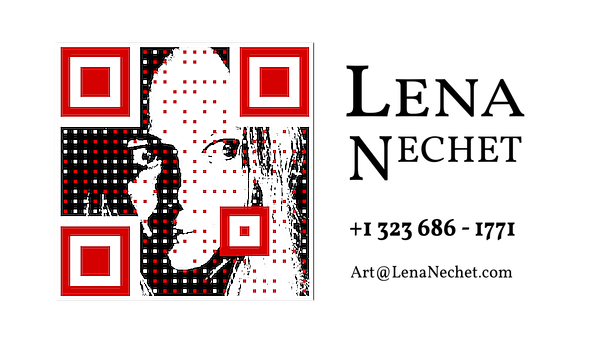 A few words about my art style, and a long list of artist who influenced me, and how.

Art is all about composition to me - color and visual organization of the structural elements - all at once. I love moments of reaching this unity in beauty. My combinations of those elements reflect my own mind's projections onto the world.

I started noticing my style when I was making murals in my early twenties. I saw that I was imposing some of my brain activity patterns onto reality I perceived. One wall was entirely abstract - it looked like a a record of my internal rhythm, and like the leitmotiv of my desire.

The process of painting creates me. While rendering my interpretation of something, I rearrange the inner imagery as well, for good. I am never the same again after externalization of ideas. The liberation it brings is deeply joyful. This process modifies the next layer of mind projections onto the world. The visual satisfaction from a finished piece seems irreplaceable for me, at least for now.

Integrating the third dimension into the surface is an exciting game, like a discovery or solving a puzzle. And by this flattening I mean not only the real space, but also the snapshots of the elastic tables in the multidimensional database that my mind uses to analyze reality. In addition to instinctual and cultural ways to sort visual information.

Over many following years, I developed my sense of composition . I had special exercises for it, which I repeated thousands of times. Then it became a driving force - over concept, over feeling, over even objective reality. I treat a painting as a song with a melody, a beat, and recurring notions.

My Style and Technique Influences

I am generally against strict adherence to particular set of rules or style, especially as defined by others.

Here I want to highlight people whose art I love, and to whom in my mind I hold myself accountable. They happened to participate in art process in the times and intellectual environments mentioned below. Styles of some of them influenced me the most, I believe (highlighted in bold in the list below).

A few of these artists I discovered later in life and recognized them either as kindred spirits or as searching in the same direction. In several such discoveries, I dropped some of my ideas, because they were already realized by them.