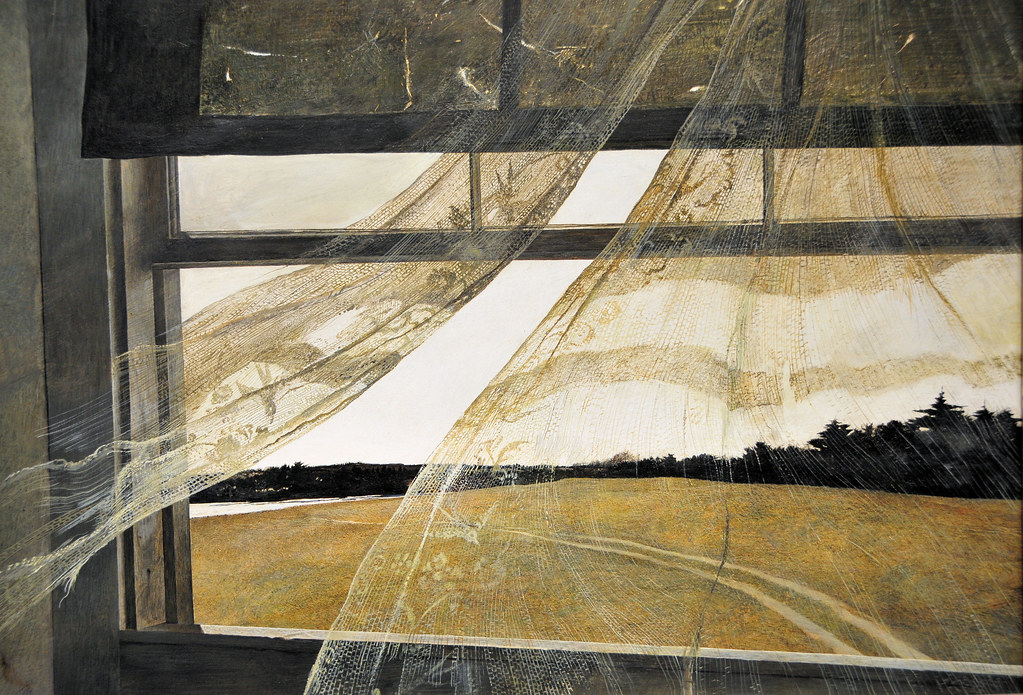 Andrew Newell Wyeth (1917-2009) was one of the best-known American artists of the 20th century. He was born into a family of artists. When he was 28, he lost his wonderful father, and his style matured soon after.

This is how he described himself:

My people, my objects breathe in a different way: there's another core—an excitement that's definitely abstract.

Critics saw him more as a realist in style of American Regionalism - depicting realistic scenes of rural and small-town America primarily in the Midwest.

My favorite watercolors by Wyeth are Wind from the Sea, Flat Boat, Thawing, and My Father's Studio - for elegant and gentle composition, spontaneity of brushwork, and for the willingness to break limiting rules. 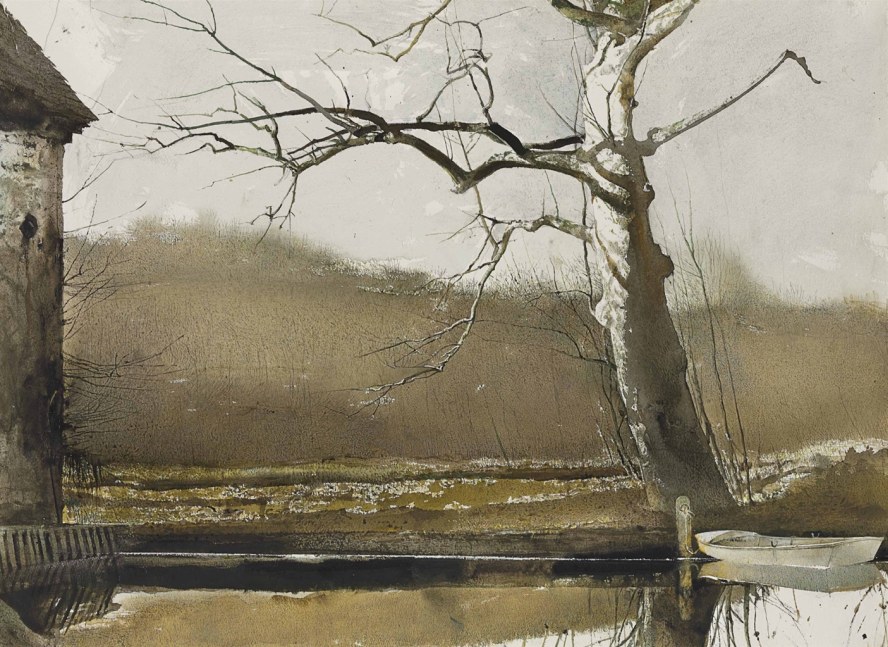 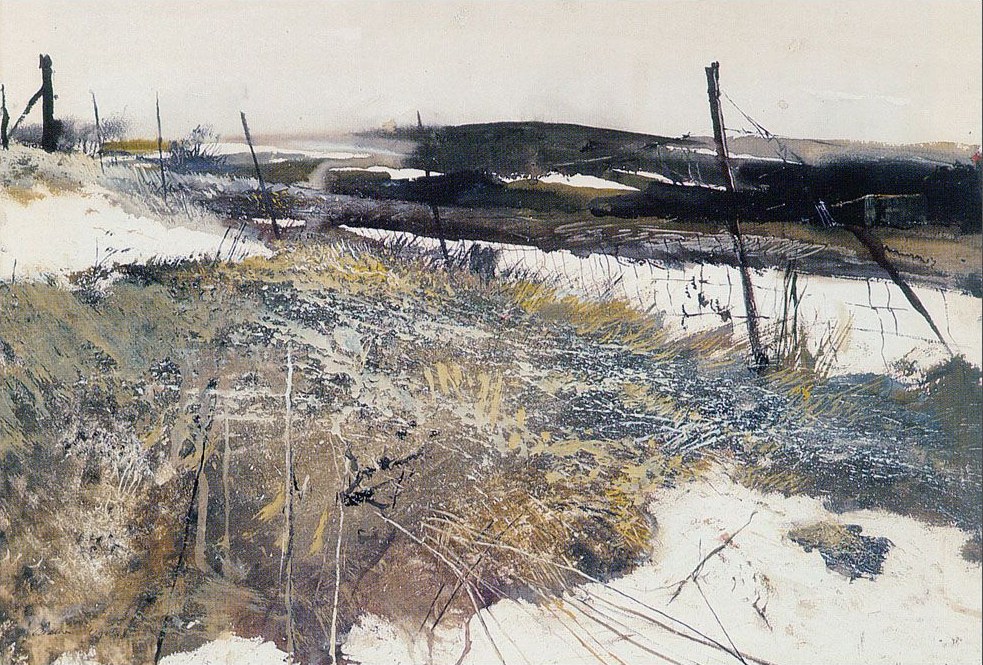 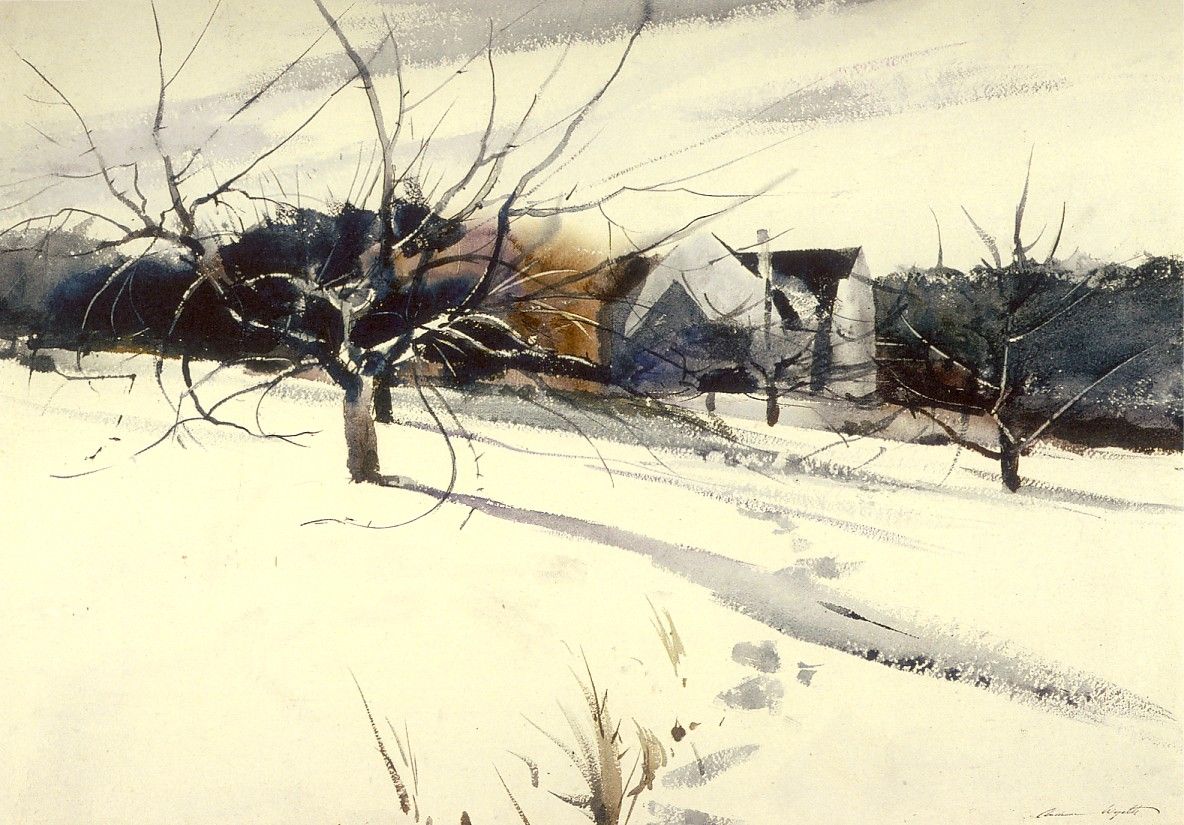 I found out that he used Fabriano Artistico 140 lb cold pressed paper, in rolls - and I use it too, in imperial sheets, cold and rough, also 140 lb. For many years, he used Whatman watercolor paper in imperial sheets  - I used it in childhood. But his was old style: woven linen, handmade. Along with brushes, he used sandpaper, knives, steel wool - that paper could take it.