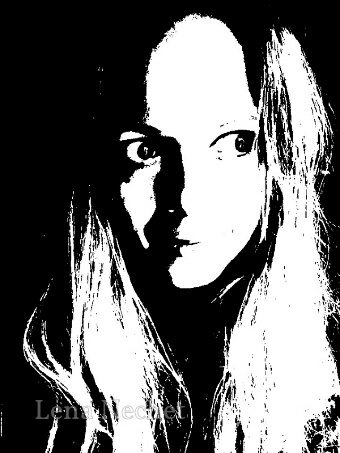 It so happened, that visual expression of my worldview and of the abstract beauty I perceive, are nesessary for me. My mind tests and enhances everything I see, probably as a tool of survival.

My childhood room since I was five was full of art reproductions. The city apartment of my parents was packed with books, and among them were stacks of art albums, stored in dusty piles close to my bed, for years. I went to sleep with images of the greatest paintings ever made, and with dreams to create more.

As a child, I never doubted I would become an artist, nothing could compare to that. Interestingly, eventually I did.

I started with oils at age six. The first thing I painted under a guidance of a formally trained artist - was an autumn oak tree. I was also introduced to gouache for sketches and studies, and practiced academic drawing in graphite: still life, some figure, but mostly hand gesture exercises. Embroidery played a big role for me too: I love lines of color and entanglements.

I hoped to be transferred to the best full time creative school in my city, where I could continue to play piano while studying art, in addition to the standard subjects. Well, I got accepted, but we left the country before I could attend it.

At 13, I was given an older SLR camera with two lenses. I read about the techniques in magazines  and developed my black and white film rolls and photographs in an improvised darkroom.

I gathered the set my semi-professional equipment piece by piece, hanging out in stores and relying on advice of other photographers. I did not have an allowance, but I was permitted to keep change after running errands.

My first photograph was of a Collie, reflected in a wet asphalt surface - one could barely guess what it was, but I could not be happier with the black shapes. Soon, I was already taking my friends on portraiture photo-shoots and was trusted with group photos. I loved seeing happy faces in long hours of red-light development, testing various techniques and chemicals for contrast and exposure.

Till this day, capturing the essence of a human expression is the most mesmerizing element of art for me. I might have an increased interest to faces because in my very early childhood I spent most of my time without seeing faces and my mind did not receive enough interaction. Although, later I drew my cat a lot too, and he taught me to be fast.

The art classes we had I almost hated, together with the watercolor, in the form it was taught. It is amazing to me now, how mediocre teachers and bad supplies can kill interest to an awesome subject. The manners to use transparent aquarelle I saw in illustration and student work made me look down on it, compared to oils. Somehow I did not realize that Durer and Schiele used water medium.

During my school years, I was mostly interested in drawing kids of my age - flirting scenes and mysterious symbols. I designed paper currency for an undercover school game and made imaginary maps for younger kids. I draw pictures to explain math better to the classmates I was tutoring. I made memo-posters for exercise routines with pretty athletes. I illustrated my poetry in black and white, sometimes burning the pages a bit for visual effects.

But the most important moment in general education, apart from the 4th grade math teacher, came in a drafting class. We were to represent heavy machinery parts and give their dimensional specifications on paper. It was like a reverse engineering, when you were shown a pies of steel, mysteriously fitting into something bigger, and needed to make flat blueprints. I was thrilled. I wanted the class to go forever and the metal objects become more complex. I was in love with sharp pencils and Whatman paper. I also noticed that only a few kids enjoyed the process and most were bored. For the first time, I thought that there must be something different about my brain wiring. Interpreting three-dimensional objects and presenting them on surface became a thing for me, and I absolutely loved stereometry. 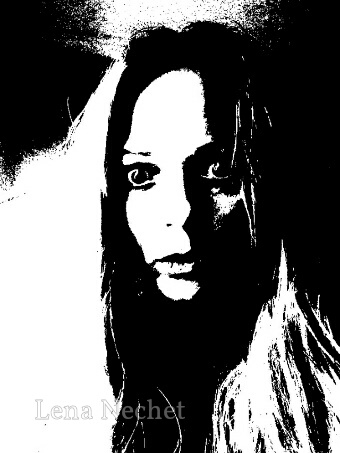 When I finished both music and high schools - a class of piano in one and an in-depth math program in another - my parents convinced me to study economics by giving me no choice.

The country I grew up broke apart and we felt as in a free fall.  My stipend for high grades, as well as all the funds my grandmother gathered for me, practically disappeared during one of the worst hyperinflations in history.

To keep my sanity, I did some drawing, fresco, and plein-air on our big river. I tried to make a living beyond some trade in custom fashion design - male suits and female evening dresses. Because I sew from about 12, the sewing machine felt like an extension of my hands. I was most interested in dimensional closing constriction, curvature of the body surface, in fragmenting and stretching textiles, and in making people look fabulous. I have developed a system with over 70 body measurements for the best fitting. Nothing came out of it: the markets got flooded with cheep clothing, good fabrics became unaffordable, clients with money preferred brands, and the production plant, with which I was trying to make business, signed an exclusive contract with a foreign company.

In the last years of college, I gradually returned to oils, and developed my first abstract style in gouache. It was mainly because my passion to dance had proved to have no future. I could not get over it easily. I replaced my hard ballet group training with running, to manage some energy excess, and it helped, in combination with art. I radically changed my diet and my worldview. I suppressed hunger with images, and libido with danger. 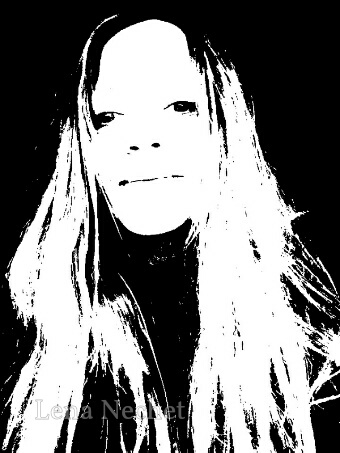 The other reason to go back to visual art was my emotional inability to write poetry anymore. To excel in other languages I was learning, I needed to maximally withdraw from my native ones. I was forced to find other ways to set myself free from feelings. I added more line work to my drawings to compensate for the loss of verbal precision. Having no useful access to my piano, I was also searching for ways to express rhythm and melody in visual compositions.

In the following years of the first immigration, in isolation from almost everything and everyone I knew before, I went through a variety of self expression styles. I missed oils a lot, but I could not afford the studio space for them to protect the slow drying surfaces of oil works. I learned acrylics and had misfortunes with art managers.

I ended up realizing that to capture a movement in a way impossible in static images, even in cubism, I should try videography. I did not have enough resources to create movies I wanted. But constant capturing and editing experimental low-resolution footage taught me more about the nature of light and how my eyes and mind reacted to it.

In the following years of another immigration, I dreamed about overwhelmingly many new paintings. I used to wake up in urgency to do something. Then, they started to appear in my mind almost uncontrollably, in details. I feared that I would forget all my ideas if I could not find a way to materialize them. Life had shown me that it is not long enough to wait.

Subsequently, I made several economically unsound arrangements in order to pursue art, and paid insufficient attention to the people around me, especially to those I loved. The results were partly devastating. In 2000-s, I lost many of my works, yet again.

I resented the confining nature of fine art creation. For a while, I thought about art as another trap in escaping reality. I was ashamed of calling myself an artist: in my social circles it felt like admitting to a weakness. I did not want to be too poor, or to make easily marketable paintings, or to stick with one easily recognizable style, or to follow any advise what so ever. Art is freedom. And I could not make it happen for myself. 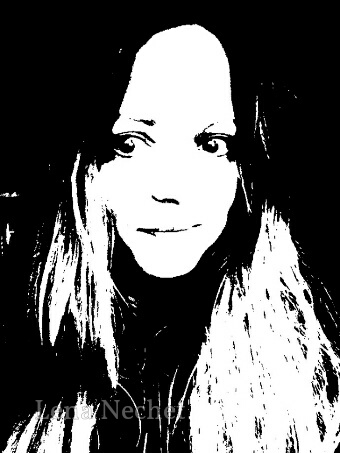 Now and then, I tried to break out to entirely digital art world, painting on tablets. I found that the screens could not keep up with my speed and the tools did not sufficiently match the wonderful properties of physical materials. I loved  experimenting with 3D, but the process lacked spontaneity and the results did not give the immediacy of perception - one needed to turn the piece around in a special setup.

The more good films I watched, the more I was intrigued with the possibilities of montage and camera work. Digital cameras became cheaper. I got involved with video production and bought a tiny portable camcorder, and experimented with editing and color grading.

By 2012, I was ready for a more serious video-optimized mirrorless camera. I invested in high quality sound, light, and stabilization equipment. After educating myself in all I needed, I studied media production in Californian colleges to make sure I did not miss anything. I gathered footage in all possible positions and under all angles that came to mind, training my hands and body to become one with the camera.

I happened to find a few worthy subjects for films, and three of my shorts were officially selected for film festivals as a result. However, I could not make it to the screening events for networking. The process of submission was tedious and expensive, and I saw no prospects for a career or gathering funds for a feature documentary.

By the end of 2015, I became unhappy with suppressing my will to paint. I started to spend most of my time on experimenting. The hardest part was the choice of materials - they were so expensive and only few satisfied my standards of ethical consumption. My way out of this misery was splitting my technique between acrylics (impasto and boldness) and watercolor (glazing), plus going for pure cotton, and finding good synthetic brushes and paints with minimal additives.

The depth of joy the following phase brought to me was unlike anything else. I wished one day I could show the way to teenagers and all searching souls. My experiences with local educational institutions however, made me believe I will not fit in, even if I throw tons of money on an art degree I do not believe in. I am starting to think about a special art community.

Thank you for reading!
Lena

A story in visual arts by Lena Nechet, from childhood to present.
Biography