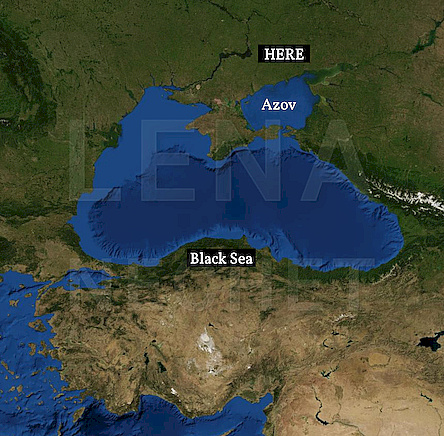 I decided to loose virginity three months after my 18th birthday. The guy I chose was a champion in kick-boxing by that time, but when I first met him he was just the purest expression of masculinity I had ever seen.

I am 17. I am looking at the Sea of Azov from the balcony of a beach cottage my mom rented for that Summer via her company. I see a guy. Well, I see them all - several guys playing domino - but my reality is suddenly saturated by his presence only. His sitting posture is majestic. My vision turns into an instrument of blocking out anything but his body.

I stayed on the balcony to let him notice me, start a conversation, invite me somewhere. When he first talked and got up to approach me, I knew that I finally saw the guy who would make me a woman. He was not a pretty boy, he was serious and warmth-emitting. To give you an idea, he looked like a Slavic version of Zinedine Zidane.

He explained his condition on the first walk together: he was training for the country's championship, and needed to drop some body fat to fit into his weight category. He was from the neighboring part of the megalopolis I was born in, but at that time I lived with my parents in another city. We met several more times by the sea, and then separated in August, without even kissing. The only physical contact we had was while playing in water. He looked at me as if I were pure joy.

In September, he called me to tell how he won. It was amazing to hear his voice at that time. It meant also that he could visit me now. He drove for several hours, brought me a cool jacket (I took its clock-like buttons with me everywhere I went, till this day), asked my parents to take me out.

He was seven years older than me, and we were platonic till the following Summer. By that time, I could visit my grandma in Donetsk, and see him there daily.

He introduced me to his working family, friends, and business partners. His corpulent mom, a big shot somewhere in industrial management, did not like me. He did not like his skinny dad, for his drunk weakness, I suspect. His tiny grandmother told me - with energetic malice - that his previous girl had a similar hairstyle. He said, she was mean like that. His best buddy was a fighter too, a huge one. His other friends talked often about status, or what would they do to get a fatally attractive woman: with a grace of a panther, most memorably to me. One girl told me she was marring a guy in another city soon, so there was only a little time left for her to have sex, before the life sucks her in. So, that was normal. His boss was mafia. 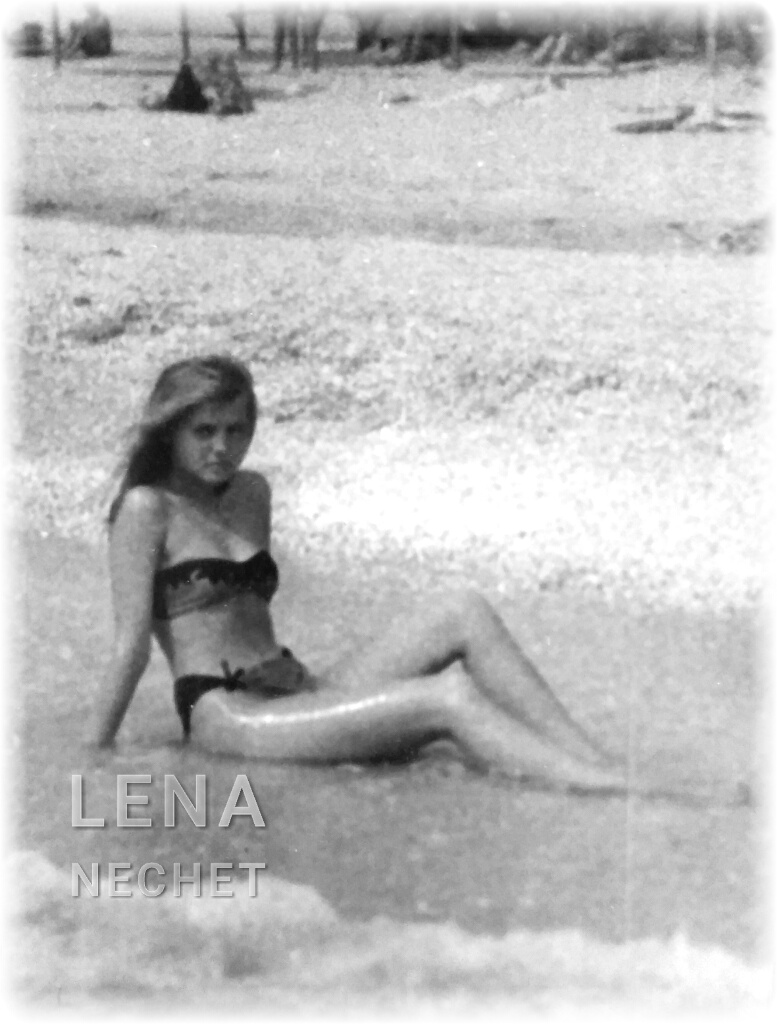 My grandmother anticipated trouble and gave me a lecture that girls should be unattainable, and that my behavior was not the one of a good girl, and that I sat on her sofa with my legs up as always: inappropriate. She sensed, I was about to stop being a girl forever.

My brother (a cousin, actually) liked my choice. He took me to one of the popular restaurants to show me all the girls who were ready to go with a guy for a meal, and explained that the man can have anyone. That luxurious place was quiet for my expectations of "underworld" - my family were of the kind of public servants who felt that unaffordable places like that were beneath them.

Most of my cousin's former male co-students were dead by then: shot, or drugs. Big Eastern Ukrainian cities of that time were transitioning into wild capitalism. Donetsk specifically was at full blown criminal war. Looking at the passing central traffic, I randomly spotted cars packed with likely or obviously armed young men. My good friend from my faculty had a kalashnikov in his car at all times, he showed me. Incidentally, before that Summer, he shook our friendship by getting me golden earrings for my birthday, and wrote a poem. But I was already moving toward another aim like a rocket.

Being in sports meant being involved into power struggle in some way. Half-criminal world was turning into business, so new stores were opening, and promising supply chain contacts were maid among men who belong to this world. And my chosen guy was on the way up. Or down. I got an awesome shirt and stockings of various shades of beige in his new boutique - just like free candy, but better.

When we were at his trainers place, led by a former-prostitute courtesan, lawyers and accountants were casually present. I had a chance to participate in a traditional quarrel of male-female job descriptions. They used slang: for example, her beautiful face was "sharpening" (заточка) in French style. She taught me her face cream recipe to order in a pharmacy, and I wrote a poem about her later (Elsa). Jokingly, her man wanted to know my opinion on whether it is enough for him to just bring money home, or should he buy food as well, because the market is across the street, she could easily buy it herself. I had no good answers, and was lightly and directly tested for useful connections and viability as a future wife, primarily in terms of reliability. My guy said, I would make my own choices. It felt good but uneasy.

After weeks, I finally told him that I was literally a virgin, and it made everything more difficult. He drove us to a small house outside Donetsk. We passed narrow streets, and the last thing I remember was the reflected greenish light from the eyes of a German Sheppard, or a wolf, running towards us.

The bed was narrow, and it took him a while to find out how hard he needed to push to break into me. He was so concerned with my tightening all my muscles in respond to hurt, he almost stopped. I was in pain, and then in sudden tearing pain. Wow, I thought by that time I knew all variations of orgasm, but I did not have any at all.  Instead, I was blown away by the enormity of the contact surface inside of me. It felt like he hugged me entirely from the inside and made a whole section of my nervous system relevant.

I was lucky he was a gentle athlete with an infallible erection. I don't think it was a lucky situation for him. Next morning, I cold-washed my grandmother's sheet: the wound was real.

Sometime next month he, his friend with a girlfriend, and I went for a pick-nick on a beautiful hill outside the city.  We were grilling and drinking. I mentioned my successes in getting the target, and ended up shooting a can from an enormous gun I found in one car: it behaved differently from those I handled before. I hit the can and tor my chick from the eye down due to the lack of proper shoulder support. It was Saturday evening by then, and no good doctors were to find in town.

Next day I woke up in my room, on my grandma's sofa, jumped up and grabbed a beautiful engraved mirror on a coffee table by the window: a part of my swollen skin grew back incorrectly during the night. Whatever were to happen, that had to be fixed. I sanitized a few needles, separated the edges of a thick triangle of torn skin and pushed it in place. I taped it flat and went back to sleep.

When a cosmetic surgeon saw me - my boyfriend found the best one - it was decided to let it cure before polishing later. For that operation - burning off the scar without anesthesia, which would be to risky right under my eye - I came back to Donetsk later. He was there, holding my face.

He visited me again during my second year in university. He booked hotel rooms. My parents were divorcing, and I became increasingly cynical and would make sarcastic jokes in most intimate moments. It made him sad. He took me to a kickboxing fights, and I did not like it.

Once, he drove all the way over to see me, and I was on my way to the dance training. My parents, who just saw me leaving after their devastating fight, gave him the address of the youth theater, where our group worked with a jazz and a hip-hop trainers. I took a tram, so by the time I arrived, he was at the entry, with his friend, smiling before hugging me.

I passed by as if he did not exist.

In the ballet hall, my grand-battement coach said a cool guy was asking for me downstairs. I started the warmup. When I snapped off my stupor, he was gone already.

Days later he called me, sounding entirely different. I tried to explain him my devastation and horror of my parent's war. It did not work. We did not talk for months.

We met again in Donetsk. I was listening to Velvet Underground for hours before facing him. He seemed cautious at his own new central apartment: he warned me that things can go bad and that it might take a while if we see each other again. Later, I needed to pull out my tampon with a great difficulty, because in the moment it did not matter. I never told him I was in love. Till this day, Venus in Furs almost paralyzes me.

Next day, I was told by people in his office that he left, and wont be there anytime soon, and that he got someone pregnant. My first thought was, this is how he paid me back. Next thing I knew from him: he was shot in competitors fire, only two of nine of them stayed alive, he got an emergency surgery and left for hiding. He really got a girl pregnant and she wanted the child.

For the following years, I could barely deal with the world.

In western Europe, I expected irrationally that he could be there, too: many people I knew left the country. Once, I even thought I saw him. There were moments I needed to know he was fine, just to move on. Zidane reminded me of him, and I watched the games.

Years later, he told me things got better, and that he cared about his son who was getting really good at football (soccer). He was doing well, he looked matured and fancy on photographs.

I hope he is alive. Now, again! The following war destroyed the very core of his whole life. He was in the military, I hope that did not make it worse. I wish, people he loves are alive.

I am writing it now, on another continent, during the impeachment proceedings that involve Ukraine. It became unbearable for me to hear how nobody cares about the country most Americans cannot find on the map. I am including a map.