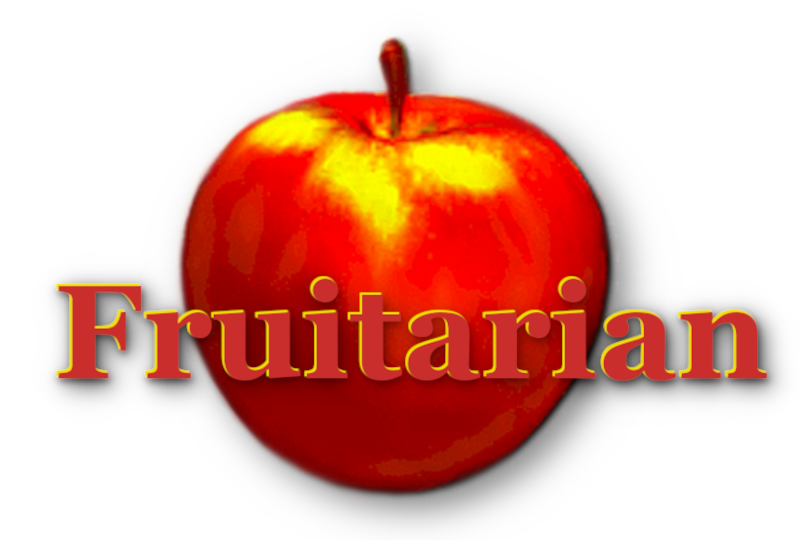 Some fruitarians maintain that fruitarian diet should include only fruit flesh, which usually surrounds seeds of the common fruits. They insist on nver including seeds, because eating them would mean the same as destroying plants (or their "babies").

1. Seeds Are Not Individuals

A seed of a plant should be viewed differently from a developed plant organism, the same way our ethical approach toward male sperm cells and female egg cells, even after they connect together, varies from that towards human beings or advancely developed fetuses.

By definition, a seed is an embryonic plant enclosed in a protective outer covering. It is a potential of a life, not a developed organism. Seeds we use for food are usually dormant. Right after fertilization, the zygote is mostly inactive, the endosperm tissue becomes the food the young plant will have a chance to consume until the roots have developed after germination, which in most cases will never start. Dormancy is a mechanism to prevent sprouting during unsuitable ecological conditions, when the probability of seedling survival is low.

The main points here are:

We need to take into consideration the complexity of organisms in our ethical decision making. Otherwise, we will face an impossible task of treating individual microorganisms the same as apes, and will be morally incapacitated and unable to act, to exist, and even the unavoidable death would become a moral crime, because humans are 90% microbial organisms, and over 100 trillion microbes would die with each of us.

And we also need to consider the stages of life of an organism. If we treat each attempt on existence as if it were an already succeeded individual being, our attention - a limited valuable resource - will be spread too thin to mean anything.

2. Seeds Are Produced in Excess

Plants produce seeds usually in great abundance, only a few of them would usually land in a nourishing environment and develop into a functional living organism. There not enough resources on this planet to support all potential life, not even close: not enough place on Earth and in soil, not enough nutrients in it, and not enough surface under the Sun for the vital for plants sunlight.

A fertile male human ejaculates on average about a teaspoon of semen with over 200 million sperm. There is no way all of them will connect with ovum, the female reproductive cell, and develop into a toddler. And females cannot conceive a child every month, just because an egg cell was produced and possibly fused with a male cell. Potentially finding another purpose for these unused cells should not introduce any moral issues. The fact that it did so historically for some religious groups (who strived to ejaculate only during intercorse and felt guilty for any other loss of male sperm) alone should not serve as a valid argument for modern fruitarians, who are much better informed and more capable of critical thinking.

The same with the plant seeds. A tree can produce hundreds of thousands of seeds in one season, and less than 1% of them have any chance to sprout. It does not mean that the rest should rot (be consumed by bacteria and fungi) without any use by animals.

Some seeds can survive (tomato) or require (raspberries) the process of been transported through a digestive track of a mammal or a bird, but it does not mean that all of them do, and that that's the only intended use for the seeds: many plants rely on animals who eat, and therefore store and hide the seeds, so some of them could possibly grow.

Many seeds have an outer layer that protects the seed and allows the embryo to survive the trip through a digestive system of an animal, which a an evolutionary mechanism that helps the plant to spread its seeds away from the parent and increase the chances for them to grow and survive. Seeds like that do not germinate in the dark, and thus inside of an animal.

Some seeds will not germinate at all unless they pass through an animal. They need to be "abraded in a bird’s gizzard or eroded by digestive acids before water and air can enter the seed and germination can begin.”

In botany, a fruit is the seed-bearing structure in flowering plants.

Edible fruits have propagated with the movements of humans and animals in a symbiotic relationship as a means for seed dispersal and nutrition.

In common language usage, "fruit" normally means the fleshy seed-associated structures of a plant that are sweet or sour, and edible in the raw state. In botanical usage, used in definition of fruitarianism, "fruit" includes many structures that are not commonly called "fruits", such as bean pods, corn kernels, tomatoes, and wheat grains. The section of a fungus that produces spores is also called a fruiting body.

Human being live in a variety of climates and must survive in a variety of situations, their food choices should not be unnecessary limiting. Excluding most of the animal products by fruitarians is already a restrictive practice, where common means of human survival are avoided. Due to limited access to fruit for most human being and the depletion of agricultural soils, including seeds in their diet might be required for an adequate intake of nutrients and energy.

Fruitarian diet is a practical application of the proposition for taking into ethical consideration and therefore causing minimal harm to non-human forms of life, such as plants. Applying this principle to all cells and mechanisms of procreation of living organisms is unnecessary, misleading, and undermining to the whole concept, by making the idea confusingly general and rigid, and its implementation impossible.