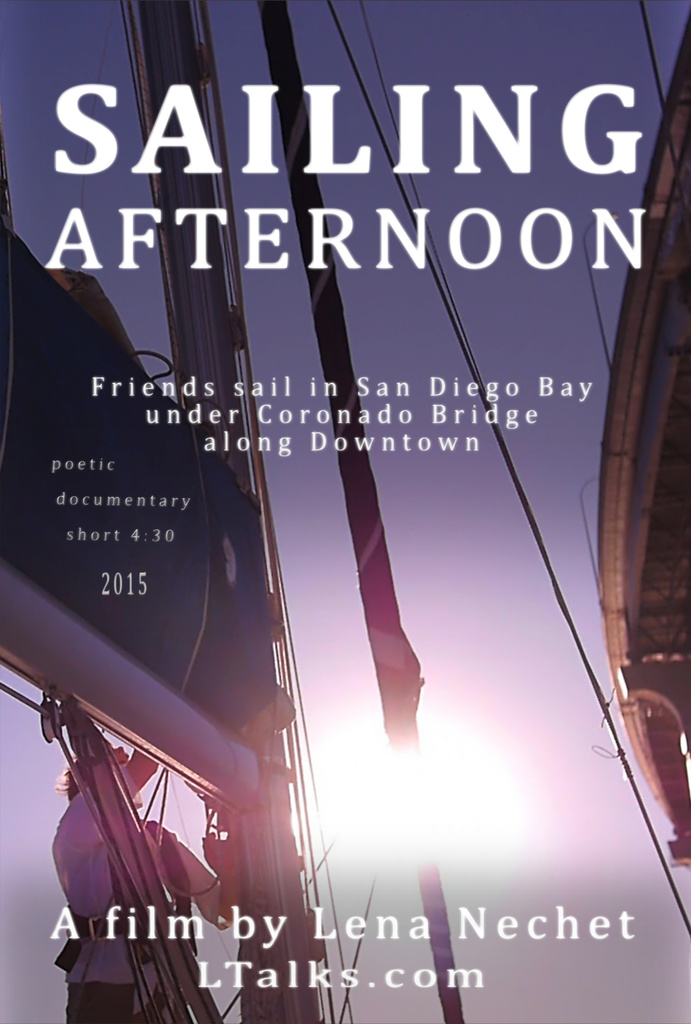 Poetic observational documentary based on a musical composition.

Friends sail around the San Diego Bay, under the Coronado Bridge, and along the Downtown San Diego and Coronado Island.

This documentary-short, Sailing Afternoon (2015), was filmed from the sailing boat on one day till darkness.

The camerawork was pretty challenging, considering all the sudden boat movements, and the crew changing positions. One time we almost hit the sandy ground.

The film was edited entirely in Blender, an open source 3D animation software.

The soundtrack of the film Sailing Afternoon is the original Cyril Scott - Lotus Land, Op. 47 No. 1, 1996, Markus Staab (piano).