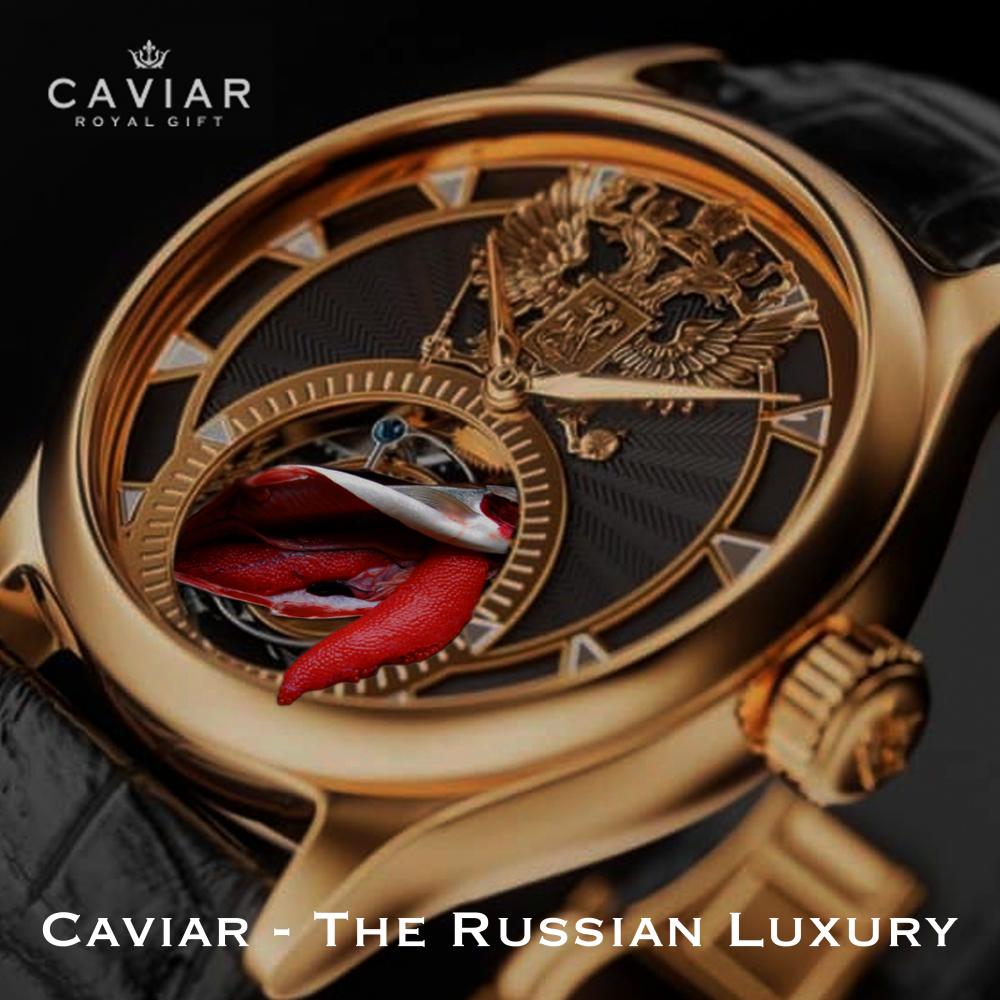 To make an example of a visual spoof advertisement, I have chosen to satirize products by Russian brands: one of luxury watches and smartphone cases named Caviar, and vodka Russian Standard.

The company does not deal with with fish at all, they just by position their brand on the same market segment as this particular cruel caviar industry to appear luxurious. As far as I understood, they just order some generic watches at a likely Chinese plant with their brand and exaggerated Russian imperial symbolism. I tend to believe that these choices are made purely on market research data - they target Russian money, which most likely came from criminal trade, corruption, and fraud.

The potential customers they target are blinded by the desire to heighten their status to the point that anything associated with upper class consumption could make them purchase an item, regardless the cost to others. My sarcasm is addressed rather to them than to the marketing business.

The rarest and most expensive form of caviar comes from the critically endangered beluga sturgeon that swims in the Caspian Sea.

Over-fishing, smuggling and pollution caused by sewage entry into the Caspian Sea have considerably reduced the sea's sturgeon population.

In 2005, the United States Fish and Wildlife Service banned the import of Beluga caviar from the Caspian Sea and the entire Black Sea basin. In 2006, the Convention on the International Trade in Endangered Species of Wild Flora and Fauna (CITES) supported an international embargo on caviar export. In 2007, this ban was partly lifted.