They stayed at our apartment for a while soon after, while establishing themselves in a big city.

From that time I remember only the hours we both spent in our living room, singing and laughing. We put weird stories into lyrics on the go, and he played the accompaniment on his guitar. I don't think anybody was as warm to me at that time.

I am sure he liked kids, and he was happy when they got a son. Earlier, he also visited me when I lived with my grandparents, and he was very kind to me. For some reason, I also remember how his father looked and behaved nothing like him. 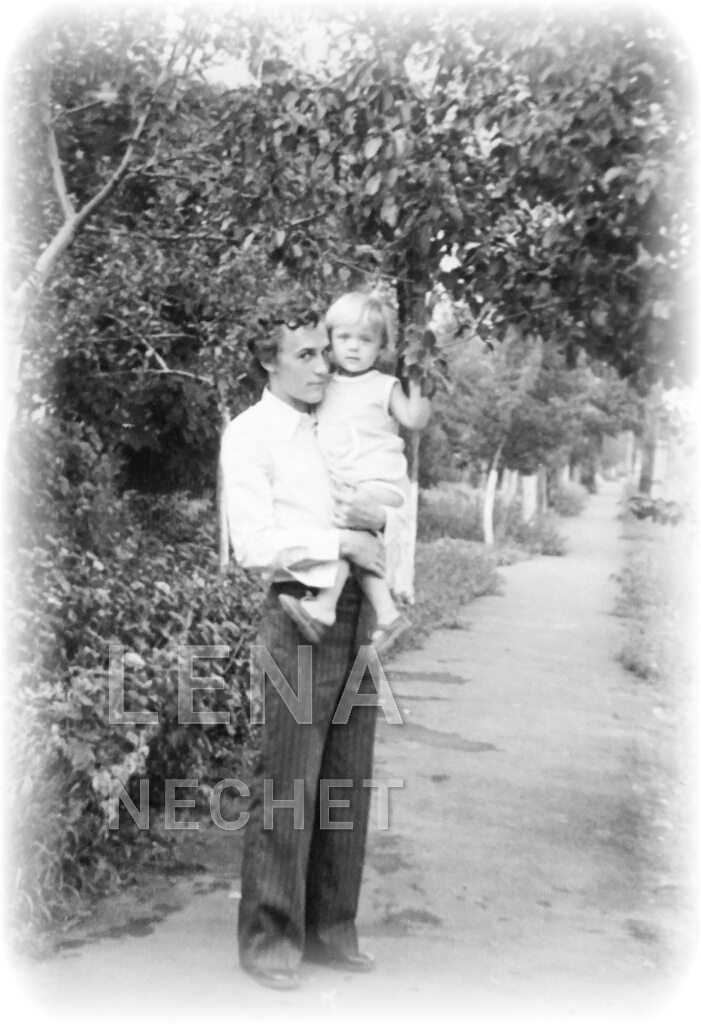 The next scene I remember is his wife's getting the news of his death over the phone (on a secondary apparatus in my parent's bedroom) and angrily shouting about her damned fate of single motherhood.

He suddenly died from a throat cancer.

He was tall, thin, gentle, thoughtful, and poetic.

On this picture he is holding me, standing on the street of a small town I lived from one to five with my paternal grandparents. The street was full of sour cherry trees and wild meadow flowers.