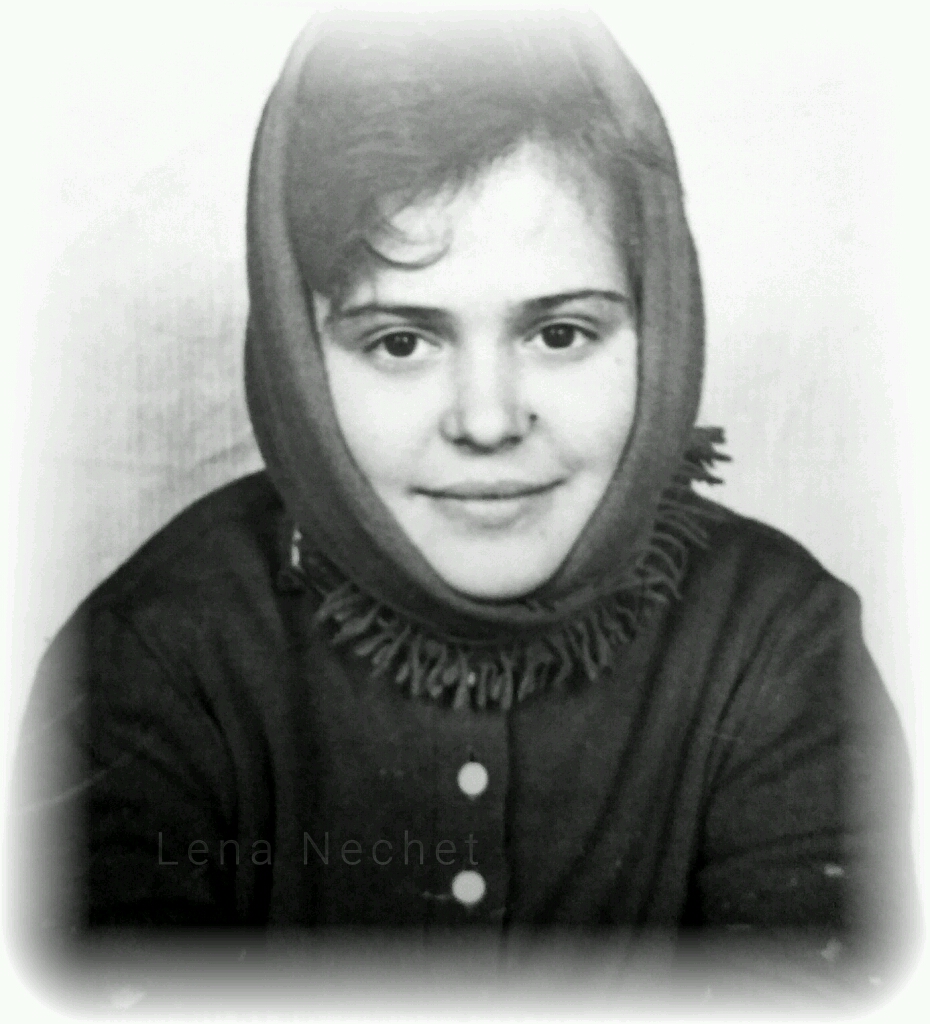 My mother's sister was the first child of my grandmother, ten years older than my mother, and her early childhood happened during world war II evacuation in Siberia, where my grandmother was illegally gathering the dropped seeds from the harvested fields to feed her. He youth was spent on BAM. 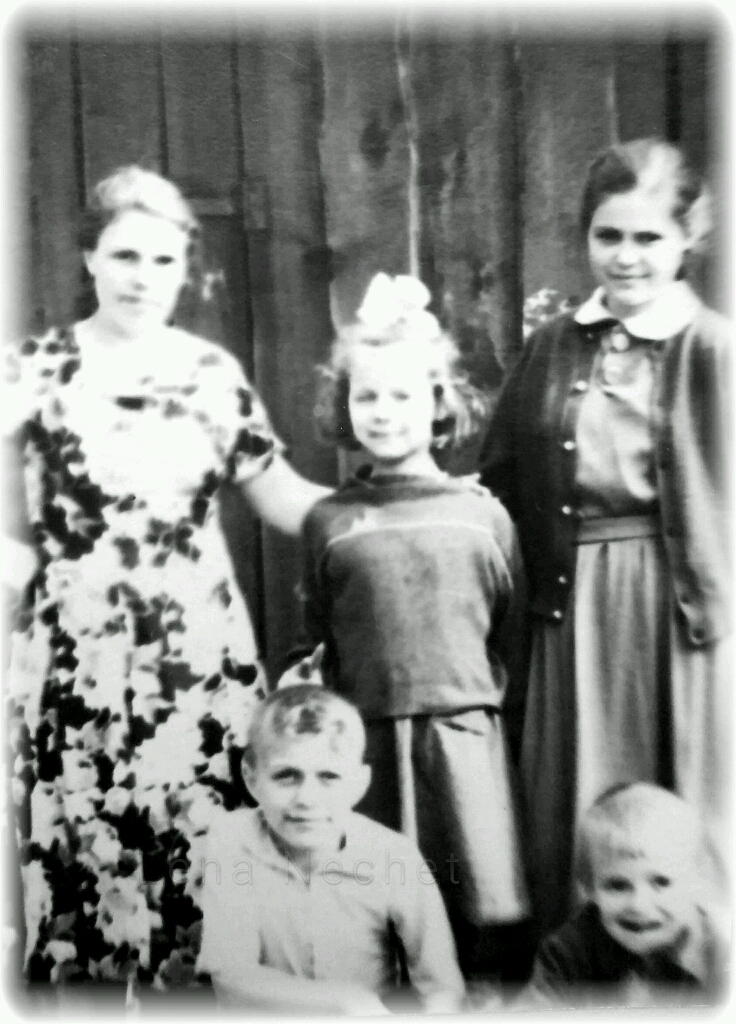 On the photo, my aunt is on the top right, next to my mother in the middle, with some neighbors.

BAM (Baikal–Amur Mainline) was an massive Stalin's project of building a railway in East Siberia by young manipulated volunteers like my 17-year-old aunt and forced labor of prisoners of the Gulag. It was restarted after the war in the same extremely harsh conditions of far-east-northern wilderness around rivers Amur and Lena. Before I was born, the project was declared a major national construction and masses of young people went through it, but at the time of my aunt's work, they had barely any infrastructure in place to support human life. In the winter, the taiga is frozen solid, often -50 F and lower, by the late spring, it is a swampy marshland with tons of insects.

She told me how awful it was, and how little she was supported by her mother during that time. She especially remembered, that my grandmother did not even send any nice notes or presents when she gave a birth to her son. Such treatment of daughters seems to run in our family. 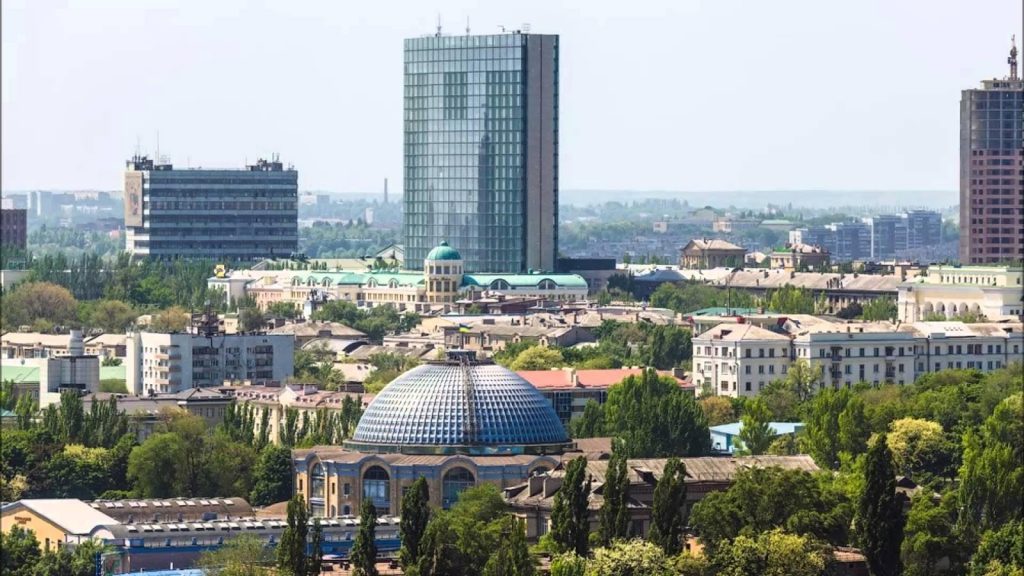 Her portrait in a head scarf on top was maid before she left BAM to return to Donetsk, to live all her life close to her mother and take care of her.

My aunt made a career in a large dentistry clinic in Donetsk and became a respected specialist with a much higher than average income. He central city apartment was packed with beautiful things and her son was having the best of everything.

She gave me many golden jewelry pieces over time, and I always wear her necklace, bracelet, and her ring as an earring, they were on me through my both migrations.

Here she is in her 60s, in a working outfit, in Donetsk.

Her husband, the father of her only child, a huge Greek guy, got killed in a fight after less than a decade together. There are many ethnic groups in Ukraine, and he was from a large Greek family, neither of whom I met, because they disapproved of his marriage from the start, and rarely saw the boy afterwards.

She remarried much later to a colleague, a nice Jewish gentlemen with a grown daughter. He died after many years of a quiet and witty marriage. I called him "uncle" and he called me to say goodby.

She had a granddaughter from a short marriage of her son, but was separated from her when she move to Italy at age five. My aunt loved that girl very much, and it was a big sadness in her life to be separated.

Here she is in the middle, with her husband and my mother. 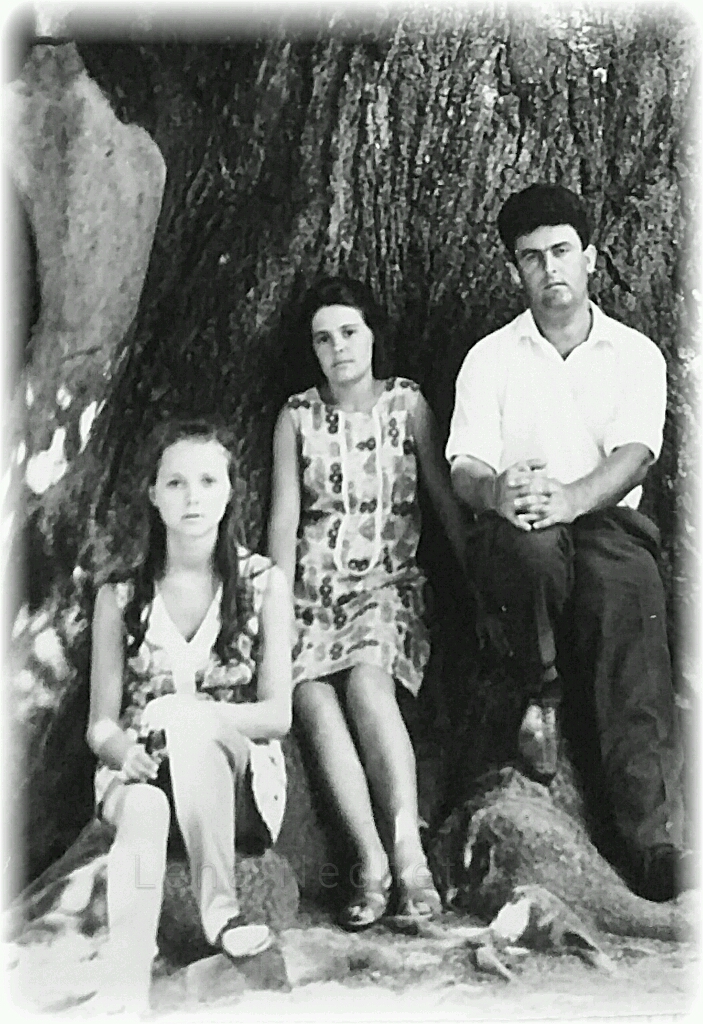 My dear aunt died too early from lung cancer (she never smoked) in horrific pain from an experimental treatment by the Western drug company. I will never forget my last phone conversation with her. My mother took care of her in the last months. When she died, I drove for hours in my old Mercedes, listening to the Patty Smiths' Ghost Dance on repeat.

She was the one who visited me when I was practically abandoned by my parents early on. She was the one who finally disclosed to me who my grandfather was. She explained some strange character traits of my mother. She was one of the first to tell me that my father's way to interact with people was unbearable.  She was a very warm person, full of care, curiosity, and laughter.