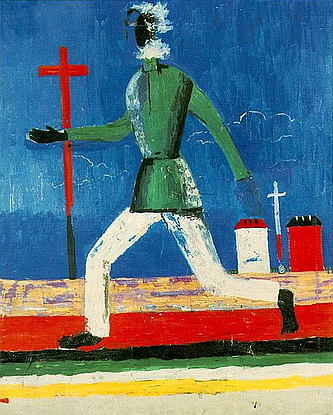 These concise notes on Holodomor is a part of my attempt to explain why I so worried about global food industry monopolization, restricted access to seeds, destruction of small farming, declining small land ownership, mass disconnect of people from gardening, widening food deserts, and partially why I am against any signs of totalitarianism, extreme urbanization, forced confinement to the area of displacement, and even breatharinism.

Please do not read on an especially good day - it took me years to look into it, in stages.

The cubist artwork is a painting by Kazimir Malevich, 1933, Peasant Between a Cross and a Sword

The Holodomor (Голодомор, "terror famine") killed millions of people in Soviet Ukraine and the neighboring territories from 1932 to 1933, by mass confiscation of foodstuffs from peasants, restriction of population movement, and intentional rejection of outside aid, confiscation of all household foodstuffs, and. Holodomor has been recognized by Ukraine and 15 other countries as a genocide carried out by the Soviet central government. It was planned by Joseph Stalin to eliminate a Ukrainian independence movement and force industrialization and expropriation of land from individuals. 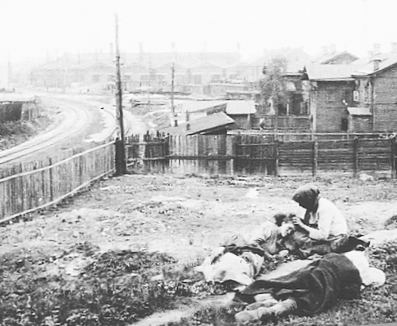 A United Nations joint statement by 25 countries declared that 7–10 million perished, other scholars estimate a range of 3.3 to 7 million victims: the demographic total losses of 10 million, with 3.9 million direct starvation deaths.

The Ukrainian expression морити голодом (moryty holodom) means to inflict death, to poison, to drive to exhaustion, or to torment by hunger,  described in a dictionary as artificial hunger, organised on a vast scale by a criminal regime against a country's population. Discussion of the Holodomor became possible as part of the glasnost policy of openness in mid-80s, when I was a child. 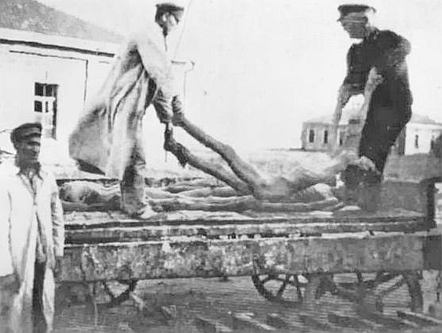 In that era, 1926-1939, the Ukrainian population increased by only 6.6%, whereas Russia grew by 16.9%. The most victims recorded in spring 1933. Urban workers were supplied by a rationing system, but rations were gradually cut; and by spring 1933, urban residents also faced starvation. The starving workers were shown propaganda movies depicting peasants hiding grain and potatoes. Most productive workers were prioritized for receiving food aid. Stalin had quoted Vladimir Lenin during the famine: He who does not work, neither shall he eat. 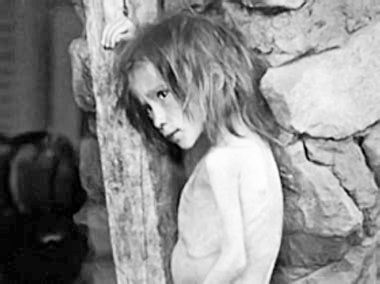 Evidence shows there was discrimination against ethnic Ukrainians and Germans. For Ukraine, grain quotas were set at levels which most farms could not produce. The output expected from Ukrainian farms changed to unfamiliar crops like sugar beets and cotton. The 1933 harvest was poorer, the shortages were first blamed on sabotage by kulaks, peasants who owned over 8 acres of land, then on every farmer. About 81.3% of the famine victims in Ukraine were ethnic Ukrainians, 4.5% Russians, 1.4% Jews and 1.1% were Poles, and many Belarusians, Volga Germans, and other nationalities. 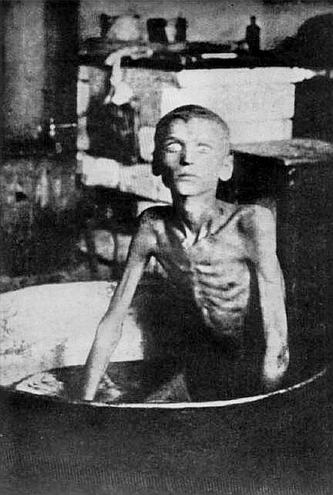 In 1930, the government instituted food requisitioning to increase grain exports. The 1932–1933 grain exports amounted to 1.8 million tonnes, which would have been enough to feed 5 million people for one year. All local reserves of grain were confiscated, including grain set side for seed and grain emergency funds.

In 1929–30, peasants were forced to transfer land to state-owned farms, on which they would work as day-labourers, this collectivization led to hundreds of peasant revolts.

Particularly lethal policies were largely limited to Ukraine: farmers were not only deprived of their homes but were also exiled in Siberia with no means of survival. Those who attempted to escape the zones of famine were ordered shot. More than 200,000 people sentenced under “the Law of Five Ears of Grain” that punished gathering grain residues from the fields. For theft of collective property anyone could face execution under this law, signed in 1932, after massive numbers of farmers resigned from the work and took their tools back, because in the first waves of compulsory collectivization they were robbed of all property and turned into slaves.

Blacklisting was one of the elements of agitation-propaganda especially Ukraine and the ethnically Ukrainian Kuban region in the 1930s. A blacklisted villages and whole districts had their stores closed, supplies confiscated, and they were cut off from trade and surrounded by secret police. At least 400 collective farms were put on the black board in Ukraine, most in the traditional lands of the Zaporizhian Cossacks. Cossack villages were also blacklisted in the Volga and Kuban regions of Russia. 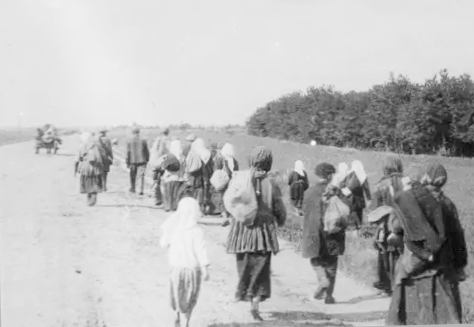 Identity cards were introduced in 1932 to deal with the exodus of peasants from the countryside, no one could leave their homes without them, travel by rail and between republics was banned. In 1933, Joseph Stalin signed the secret decree "Preventing the Mass Exodus of Peasants who are Starving", restricting travel by peasants. During just one month in 1933, over 200,000 people were escorted back or arrested.

In response to the demographic collapse, the Soviet authorities ordered large-scale resettlements, with over 117,000 peasants from remote regions of the Soviet Union taking over the deserted Ukrainian farms. 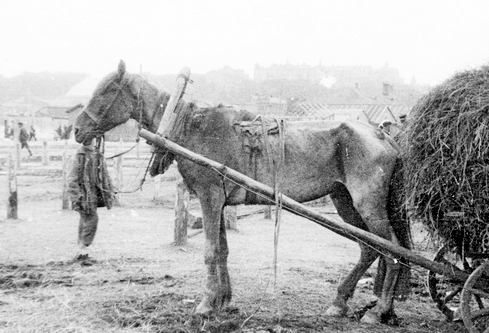 Malnourishment increases fatality rates from many diseases, and are not counted by some historians, like 1.7 million cases of typhus and typhoid fever.

The central government denied it ever happened for decades. Historian Stanislav Kulchytsky stated the Soviet government ordered him to depict the famine as an unavoidable natural disaster. KGB controlled the archives of the Holodomor period opened in 2000.

In 2008, Aleksandr Solzhenitsyn said that the famines were caused by the ruthless robbery of peasants by Bolshevik grain procurements.

Survival was a moral as well as a physical struggle. More than 2,500 people were convicted of cannibalism.

Such ethical qualities like a humane attitude, compassion, the feeling of love towards family and neighbours were weakened or were replaced by fear and hunger. At the same time, the individual took part in all official state events and believed that they were legitimate and ignored the discrepancy between the Soviet slogans and reality (for instance, when a non-anonymous vote for a single candidate was called “elections”, poverty was called “thriving” and so on). Orwell was right, when he called this schizophrenic bifurcation of the totalitarian state “doublethink”. - Serhii Maksudov

Some dying parents left their children in public places hoping for mercy, and some of those children ended up in orphanages, which also lacked food and turned into places of death.

There were many people who tried to help others, but they paid for it.

It should be remembered that the distribution of grain as a benefit in kind during the grain procurement campaign in 1932-1933 was considered theft of state property and led to criminal liability. The members of the demoralised society reported their neighbours, relatives or their rescuers to the authorities, in order to get at least some minimal reward. It formed a total distrust of each other. Most of the people who were reported to the authorities in 1932-1933, later on, fell under mass repressions in 1937-1938. - Ukrainer.net 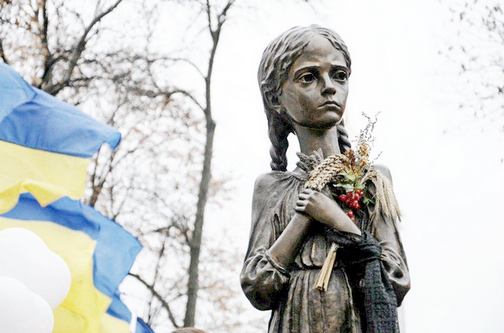 About 90% of Ukrainians before the famine were primarily individual owners that were used to relying on themselves. But after loosing their lands and experiencing mass hunger,  a very careful attitude towards food was developed, with a necessity to have a stash of food, and constantly grow a variety of vegetables, especially tuberous, just in case.

Ukrainians were always exceptionally appreciative of land and gardening, and I believe that my early years spent in a small Ukrainian town with my grandparents who had an orchard, a berry growth, a vegetable garde and a potato field right by the self-built house ingrained it in me, even though I spent most of my life in big cities. When I got a little piece of land, I planted red and sweet potatoes everywhere, just in case - a very unusual behavior for the neighborhood.

It was always a part of Ukrainian identity what Taras Shevchenko described as a cherry orchard near the house. Ukrainians need something of their own. They need a household, a plot of land to grow not just potatoes but flowers as well. Their distinctive national features (compared to their eastern neighbours) were a settled lifestyle, peacefulness, tolerance, but they also had a clear understanding of how beneficial a teamwork could be in certain circumstances. - Roman Podkur, a historian.

One long-lasting effect of that time of displacement and economical terror was the lost of trust to fellow humans, apathy to suffering of others, and, as I understood much later, a certain interpersonal level of cruelty and indifference. All that reemerged in wild 90s.

Another psychological result of that era, when theft became the only possible way to survive, was disrespect to collective property as something that could be neglected or taken, also because of the feeling that anything around can get ruined at any moment. Villagers became associated with lack of prospects. To acknowledge oneself as a Ukrainian meant to be perceived as an unproductive and second-class person.

I can attest myself to the fact that exploitation of Ukrainian village by the central government continued through 1980s until the independence: as students, we were forced to work for 1-2 months every Summer on collective farm fields and gardens without pay. We harvested amazing by quality and variety apples, cherries, tomatoes, watermelons, in addition to cutting onion seeds and shelling garlic - all while living in barracks and doing all maintenance ourselves. All that produce went to Moscow, I never saw anything like that anywhere in Ukrainian grocery stores. I also remember that the villagers were indifferent to the crops that were left unpicked, treated us as different human beings, though some were very kind, and that we were prevented from socializing with local kids by regulations and shaming.

We should learn more from each other's histories, especially such recent ones. Murderous prisons can be created under the open sky in no time, without being officially recognized as slavery or colonization. Economic policies can be genocidal while worded as moral and just. Traumatized populations are easily manipulable and can burst with rage internally. Relentless and shameless propaganda works. We all need to search for good political tools that would prohibit people of low integrity to gain any significant power in our societies.